Ridiculous was born on April 23, 1988 in Ft. Lauderdale, Florida where he found the microphone back in 2010. Since then he has performed with comedians/celebrities like Brandon T Jackson, Michael Blackson, Comedian Shawty, Esther Ku, Damon Williams and many more. His style of comedy can be summed up in one word, Ridiculous. 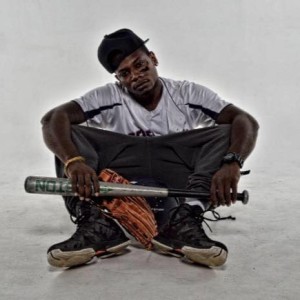 I was depressed & I wanted someone to make me laugh. I happened to be the funniest person around.

2) What type of comedians do you enjoy watching (locally and nationally)?

Marvin Dixon; He would make me laugh as a kid. My sister used to work at the Mayfair (Which was close to the Miami Improv); I was 16 I sneaked into the show, met Eddie Griffin & Marvin Dixon. Marvin made me laugh. Jett Wilson is also a comedian that I enjoy watching because he has a lot of confidence in himself and he’s one of the rare comedians that I know that would bet a $1,000 on himself. I also enjoy watching D.L Hughley & Dave Chapelle.

3) What types of food do you enjoy cooking when you have time to eat?

4) If you could either be any superhero or super villain who would you choose?

Someone who’s hard core bad as the Punisher. He does bad stuff for the right reasons.

Ability to connect with strangers & make them laugh by taking my pain and making it funny.

6) What don’t you love about stand-up comedy?

Other comedians. My dreams & expectations are different & just because you can’t make it to the stars doesn’t mean that I can’t make it.

7) If you can be with any person alive or dead; who would it be?

The 8 year old version of me; I would tell myself that everything is going to be ok.

8) What is it about you that makes you awesome?

I don’t back down.

Be honest with yourself. If you write a joke for the first time, say it and it doesn’t make you laugh then don’t say it in front of an audience.

10) Why should people check out the Donnell Rawlings & Ridiculous with the Hard Hitters of Comedy show on 08/31?

I am from Ft. Lauderdale. It is in Ft. Lauderdale; No one is going to go harder than me. If they go to this show they’ll be a part of history when they see me make it and it will be the greatest show ever!